Tinnitus is a phantom ringing, roaring, hissing, whistling, buzzing or humming sound in your ears with no external sound source. Tinnitus is fairly common among the general population, affecting approximately 10-15% of people in the U.S., but its prevalence among musicians is much higher – around 30-50%. 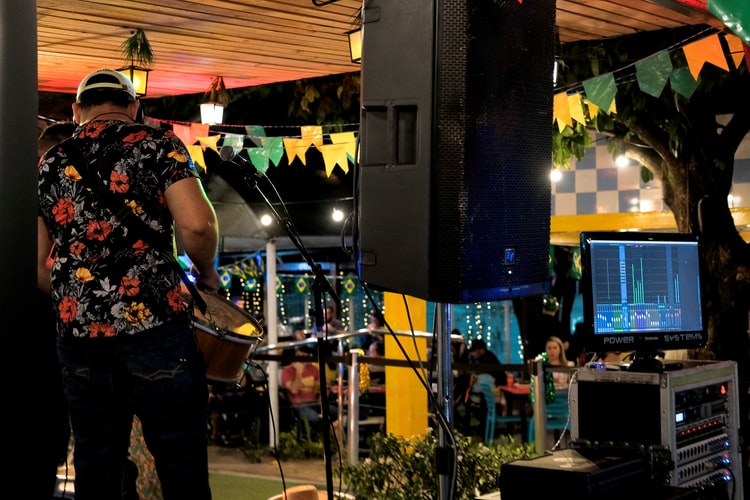 Within the ears are tiny hair cells known as stereocilia. These cells have the important job of converting soundwaves into electrical energy that the brain interprets as sound.

When dangerously loud sounds pass through the ears, it can damage or destroy these hair cells. Damage can cause the cells to misfire, sending sound signals to your brain that aren’t there, or cause noise-induced hearing loss.

Any sound over 85 dB can cause damage to these cells over time. Musicians are especially at risk of this type of damage because live shows clock in around a whopping 120 dB, which can cause immediate and permanent damage.

Not only are musicians more likely to experience tinnitus, but the emotional toll is also often greater.

Tinnitus can negatively affect one’s perception of sound and music, which can feel like a threat to a musician’s career. Because of this, musicians are more likely to keep their tinnitus a secret and suffer in silence rather than reach out for help.

One famous musician did choose to speak out about his experience with tinnitus and Meniere’s disease: Huey Lewis.

“There was literally a roaring tinnitus in my head. I just laid in bed. There was nothing I could do. I’d just lay in bed and contemplate my demise,” Lewis said in an interview with Rolling Stone.

In addition, tinnitus is something that can be prevented in many cases. Because there is stigma around wearing earplugs, many choose not to wear them. This leads to guilt and feelings of remorse, and many musicians blame themselves for the condition.

Fortunately, tinnitus can be prevented and managed.

Tinnitus can be managed with hearing aids. Many of today’s hearing aids are specially designed for music to provide the best sound possible.

For more information or to schedule an appointment with a tinnitus expert, call San Diego Hearing Center today!